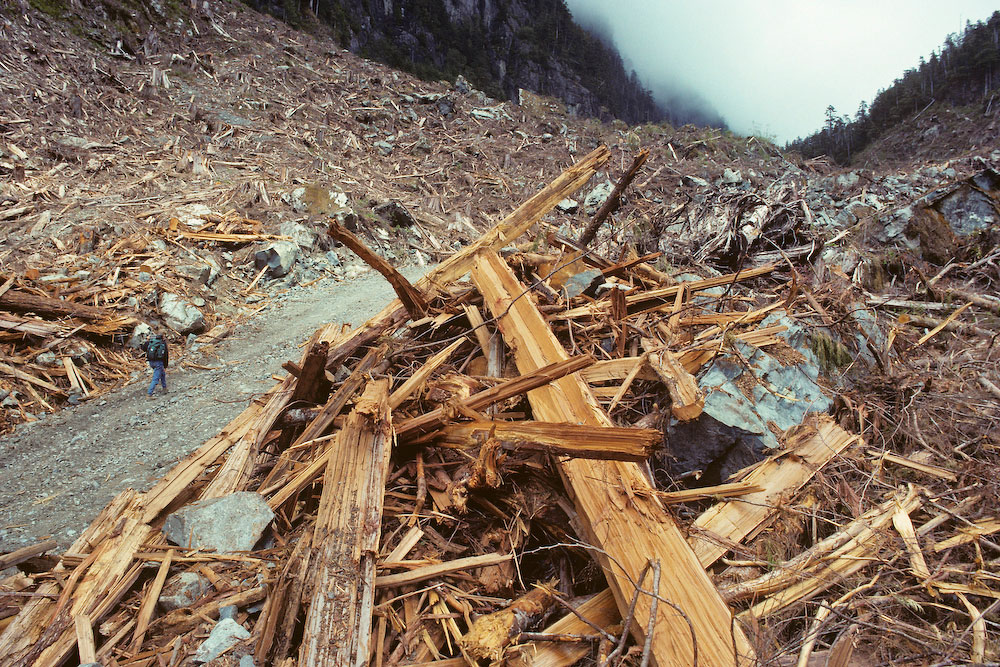 
This is a so-called "alternative logging operation" by Macmillan Bloedel from 1991. The company issued a press release stating that this was an example of "World class alternative logging," "The best that we can do." Armed with this information I wanted to see the so called alternative logging. The image ended up being a poster for Greenpeace's compaign to end clearcutting.