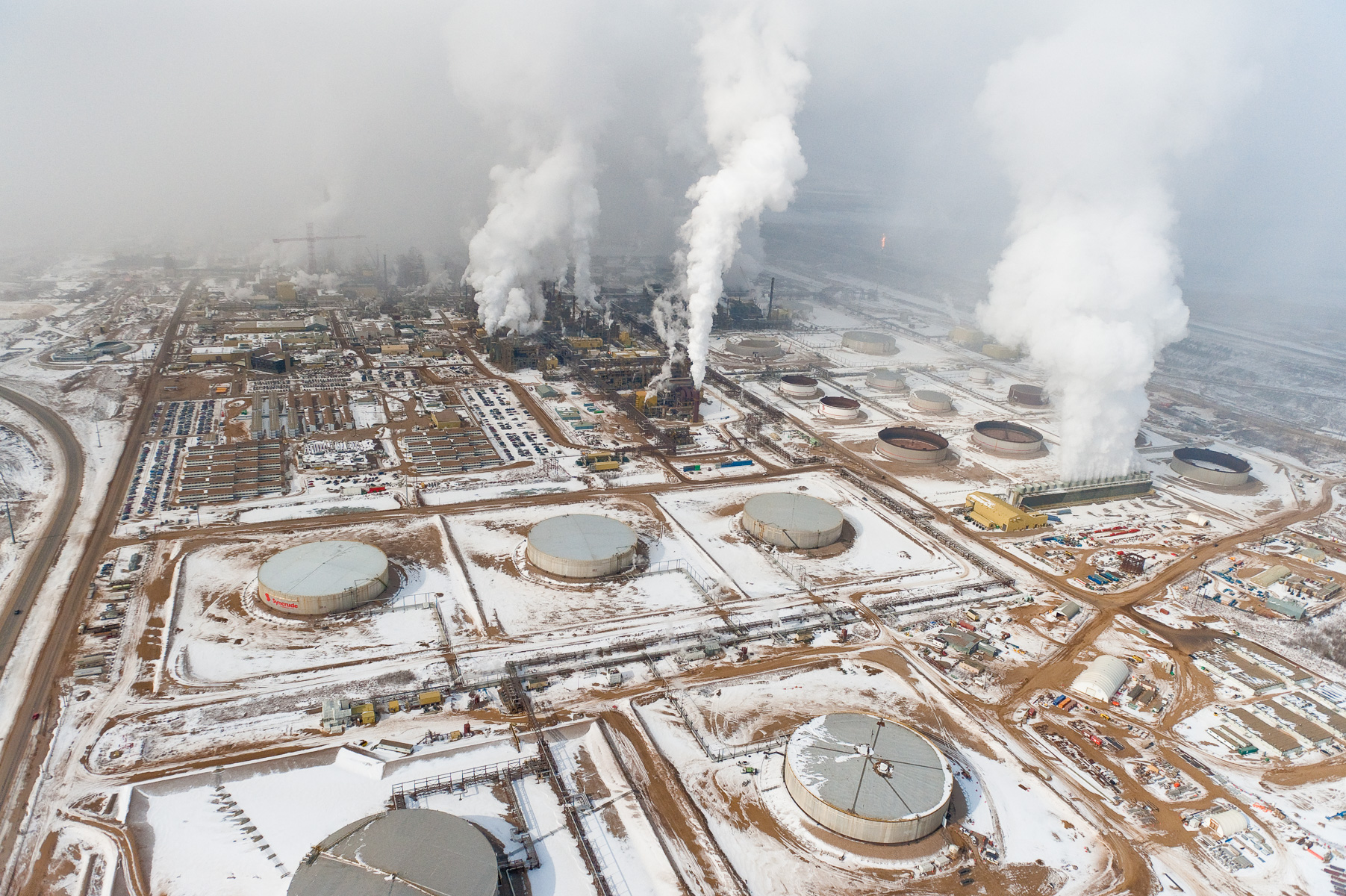 Tar Sands Upgrader in Winter. The True Cost of Oil